Pharmacology is the study of drugs, their uses and how they affect organisms.  In order to understand the science of addiction, first you will be introduced to the language of basic pharmacology.

The dose is the quantity of drug, or dosage form, administered to a subject at a given time. This can be expressed as the weight of drug (e.g. 250 mg), volume of drug solution (e.g. 10 mL, 2 drops), the number of dosage forms (e.g. 1 capsule, 1 suppository, 1 tablet) or some other quantity (e.g. 2 puffs for inhalers). A therapeutic dose is amount of medication required to produce the desired outcome. A subtherapeutic dose is. a dose of a drug that does not achieve a particular therapeutic effect. Although this is generally not desired, drugs intended for one purpose may be administered in subtherapeutic doses to achieve a different effect.  For example, the usual dose of aspirin for relief of pain in an adult is 300-600 milligrams, whereas a low-dose aspirin such as 75 to 150 milligrams (mg) may be prescribed to prevent heart attacks.

The dosage regimen is the frequency at which the drug doses are given. Examples include 2 250 mg capsules twice a day, one tablet three times a day, one 5mg injection every four weeks.

The dosage form is the physical form of a dose of drug. Common dosage forms include tablets, capsules, creams, ointments, suppositories, drops, aerosols, and patches.

The optimal dosage is the dosage that gives the desired effect with minimum side effects. There are many factors taken into consideration when deciding a dose of drug - including age of the patient, weight, sex, ethnicity, liver and kidney function and whether the patient smokes. A consideration of drug interaction with other medicines may also affect the drug dose.

-When a user snorts a drug, they inhale the substance — usually as a powder or crushed pill — through the nose. This mode of administration is also referred to as nasal insufflation.

-Sniffing — not to be confused with snorting — is the term associated with inhalant abuse. Inhalants can be gases, solvents, aerosols, and nitrites.

Pharmacokinetics: refers to all the aspects relating to “What the body does to a drug, ” including drug absorption, distribution, metabolism, and excretion/ elimination.

When an oral drug is absorbed across the GI tract, it first enters the portal circulation before the systemic circulation.  If the drug is rapidly metabolized, less of the active ingredient will reach the systemic circulation. This is called first pass effect, a phenomenon of drug metabolism whereby the concentration of a drug, specifically when administered orally, is greatly reduced before it reaches the systemic circulation. Example: nitroglycerine, (90% is cleared through passage through the liver). Nitroglycerin sublingual tablets are used to treat episodes of angina pectoris (chest pain) in people who have coronary artery disease (narrowing of the blood vessels that supply blood to the heart).

Pharmacodynamics: describes what the drug does to the body

Pharmacodynamics- covers all the aspects relating to “What a drug does to the body”.  It is the study of the mechanism by which the drug produces a response, including action: how and where the effect is produced ; effect: the type of response (stimulation, inhibition) produced by drug.  Drugs target receptors because receptors are involved in chemical signaling between and within cells. Receptors can be located on the cell membrane, within the cytoplasm of the cell, or on cell nuclei.   The molecules (drugs, supplements, chemicals, hormones, neurotransmitters, peptides) that bind to receptors are called ligands. Ligands bind to specific regions of receptors, called recognition sites. The binding site for an exogenous (not present in your body) drugs may be the same as or different from endogenous (present in your body) ligands (hormone or neurotransmitter). A ligand that activates a receptor is called an agonist. The activation of receptors can increase or decrease (inhibit) particular cell functions that are already ongoing or the ligand can start a cell process from the beginning. A ligand that blocks a receptor is called an antagonist. 2x

Dose Response Curve (Figure 1)  - When a drug is administered, it produces a response and this response shows alteration with change in dose. The change can be plotted on graph known as Dose Response Curve.  The dose response curves differ with administering an analgesic or depressant dose of morphine.

Efficacy- is the maximal effect produced by a drug .  Synergy-Action of one drug is increased by the other. 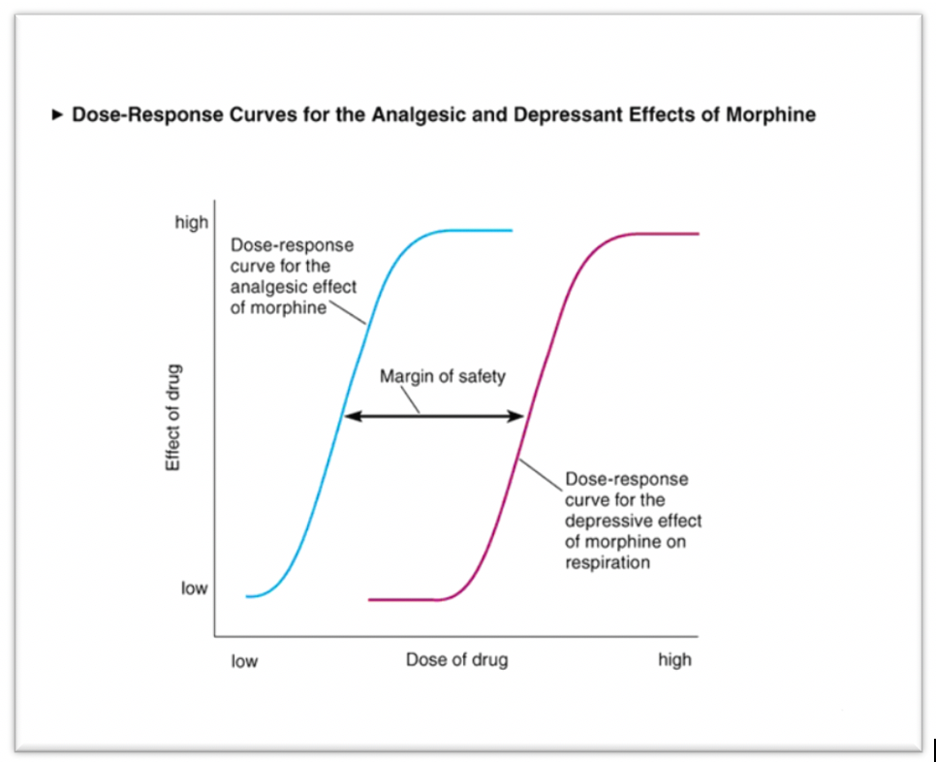 Figure 1. Dose–response curves for an analgesic and depressant doses of morphine.