You can search many types of documents through OneSearch.  Enter your key words in the search box. 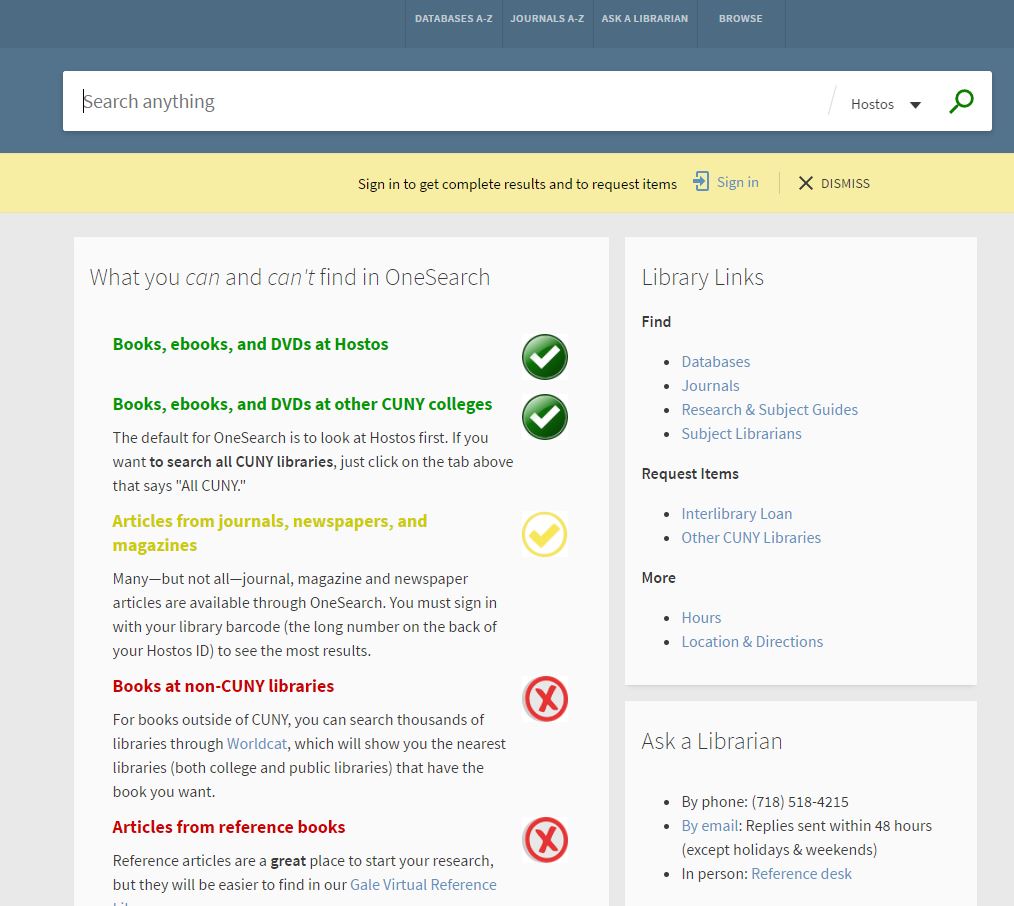 Once you have a results list, you can filter it to see certain types of documents, for example books or reference resources or newspaper articles.

Anyone who lives or works in New York State can get a free public library card.

There are three public library systems in New York City - all of them are free, but you need a different card for each one.

The New York Public Library includes all 92 libraries in the Bronx, Manhattan, and Staten Island.  (Click here to see where NYPL libraries are.

Some large nearby branches include:

the Mott Haven branch, a few blocks' walk from Hostos, and

the Schomburg Center for Research in Black Culture -- a great research center just one stop downtown on the 2 train. 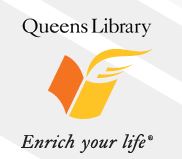 Queens has its own public library system, with 62 libraries. (Click here to see where Queens Library branches are.)

Brooklyn also has its own public library system, with 60 libraries. Click here to see where Brooklyn Public Library branches are, or here for a map.

At the public libraries, you can find books in English, Spanish, and many other languages.

Where to find Queens Library books in Spanish, Chinese, Russian, and other languages