Get More Help from the Library

For more help please feel free to email me (please note that I check my email very regularly Mon-Fri from 9am-5pm, but not evenings or weekends.)

Prof. Haruko Yamauchi - hyamauchi@hostos.cuny.edu You can also get help from other librarians through any of the links below.

Chat With a Librarian! Contact the library to chat with a live librarian.

Rocket Your Research! Discuss your research with a librarian: Set up a 30 minute appointment

Visit Our Library Contingency Guide! This guide will provide resources available during the shutdown such as free online textbooks and other useful information. See library guide.

Differences between types of sources

Primary sources : written by people who lived at the time studied (so for this project, in the early 1800s). These sources could documents like laws, newspaper articles, speeches, letters, etc. They will not necessarily explicitly say "this is our current atttitude toward race and slavery" but as a reader you can notice their assumptions to infer what those attitudes were. The writers may use words we no longer use or refer to events or people we know longer remember.
This page from the African American History database offers good ideas for how to analyze primary sources.
Secondary sources : secondary sources may quote and cite words from people who lived in the time being studied. They will analyze explain thoughts and actions of that time. These authors also live within a specific point in time, of course, and will be influenced by the attitudes and beliefs of their own time.
Reference resources are a kind of secondary source. They give short overviews of an idea, place, time period, or thing. You can use reference articles as your articles for this assignment!
When you have longer research project for other classes, please remember that reference resources are still a great place to start, especially if you're researching a topic that's new to you.
See the short video below for more information on reference resources (sometimes called "background articles") and two methods for finding them. Please note that as of fall 2020, you use your CUNY First/Blackboard username and password to read articles online - this is a recent change and we will need to update the video!

Reference resources - what are they good for and how do I find them?

Two important changes from after this video was made!

(1)  As of fall 2020, you use your CUNY First/Blackboard username and password to read articles online - no more need to activate your ID!

(2) If you use the second method (searching with OneSearch), instead of clicking on "full text available" you'll click on "available online" to get to an info page, and then on any link listed on that page. The links will look like this: 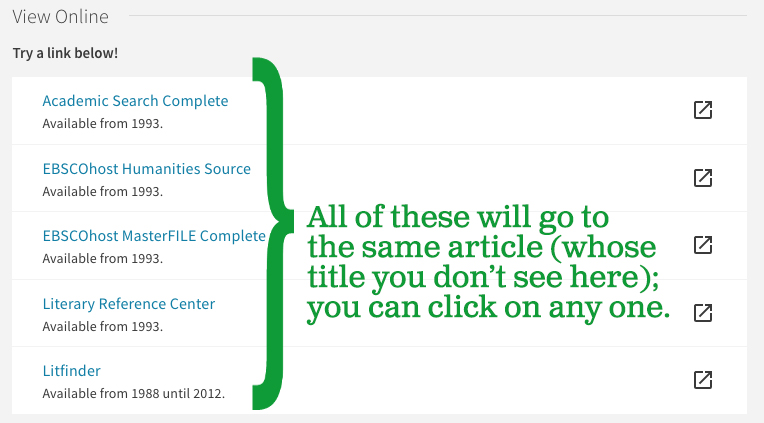 If you don't want to watch the video, here's a quick rundown of how to find reference resources. (But please watch the video if you've got a few minutes, it has more info!)

In OneSearch, to limit your results to reference articles, use the "resource type" filter on the right and select "Reference Resources". 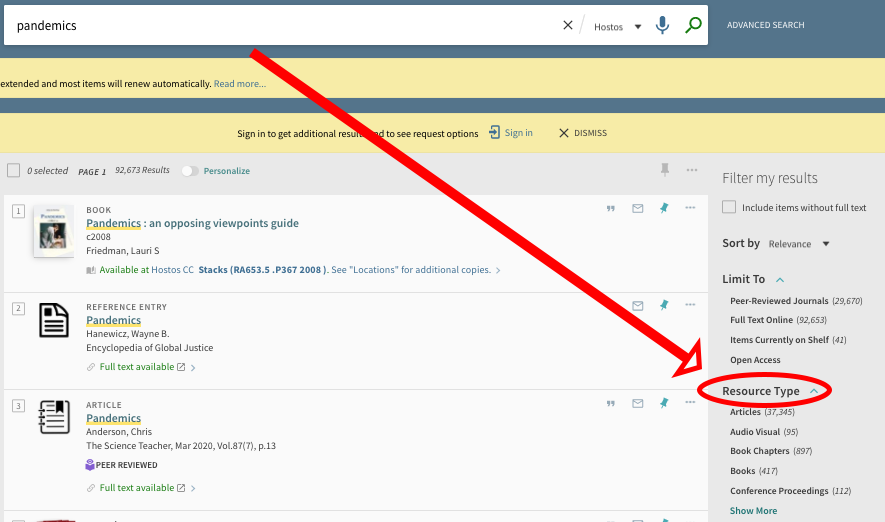 PLEASE NOTE: this list is arranged A-Z. If you don't see the words "Reference Resources" you need to click on "show more" to see the whole list. 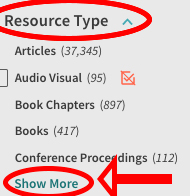 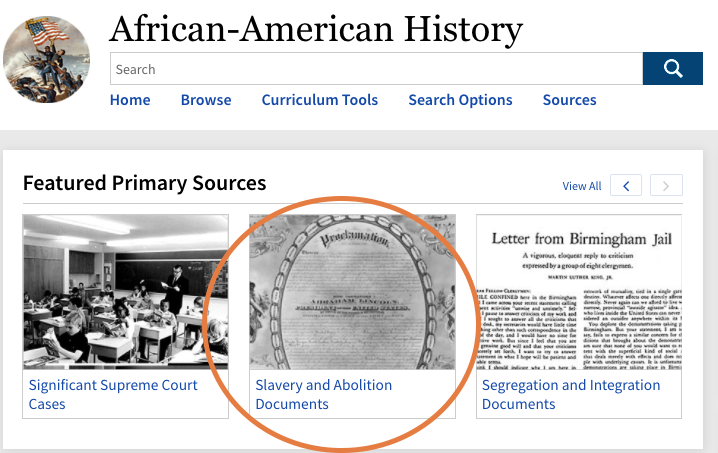 You can also use their "browse" menu to find collections based on subject or time period: 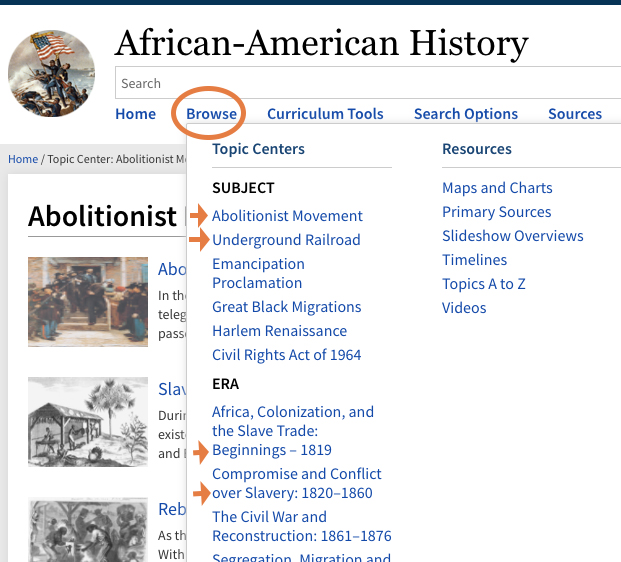 If you find an article that interests you and want to know who wrote it and where it's from, look for the citation or see the record information on the side. If you're looking at one article from a longer book, you can click on the book title to see the rest of it.

The database Slavery and Anti-Slavery has mostly primary sources.

When you search this database, notice that you can choose one section to search within:

Newspapers may be a good kind of source (less dense and long than laws, for instance) - editorials (opinion pieces) will also be very direct about what the author's opinions are:

Once you are in an article, you can find the citation at the top:

Tips for finding what you want

Getting stuck with your search? See this short video for tips on using better keywords to find what you want!

Quick Tip #1: Use keywords instead of whole sentences:
Slavery rebellions 1800
would be better to enter in the search box than:
What were attitudes back then about enslaved people fighting to get free?
Even though the second question is understandable to a person, the search engine treats all the words as important, even though a lot of the words in the sentence--by themselves, on their own--are not meaningful, or have many meanings (e.g., free, back, people, then, attitudes, get, fighting).
Quick Tip #2: Think about words the writers would use, and if you're looking for writing from another time, think about the words they used at that time.
For instance, "manumission" meant freeing enslaved people; it's not commonly used now, but would have been in the 19th century. In our time, many people say "enslaved people" instead of "slaves" to emphasize the humanity of the people who had slavery forced onto them, but in the past, "slaves" was common, so writers of that time would have used it, rather than the phrase that sounds better and more respectful to us today.