What are "Banned Books"? Check out this easy to navigate guide that answers all your questions about this important week in September.

Banned Books Week is an annual event celebrating the freedom to read. Typically held during the last week of September, it highlights the value of free and open access to information.

Banned Books Week brings together those who support the freedom to seek and to express ideas, even those that may be considered  controversial, unorthodox or unpopular (even politically incorrect).

By focusing on efforts across the country to remove or restrict access to books, Banned Books Week draws national attention to the dangers posed by censorship.The books featured during Banned Books Week have all been targeted with removal or restrictions by libraries and schools. While books have been and continue to be banned, part of the Banned Books Week celebration is the fact that, in a majority of cases, the books have remained available. This is due to the tireles efforts of librarians, teachers, students, and community members who stand up and speak out for the freedom to read.

Use these Web Sites to learn more about censorship and how you can participate in Banned Books Week. 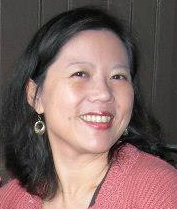